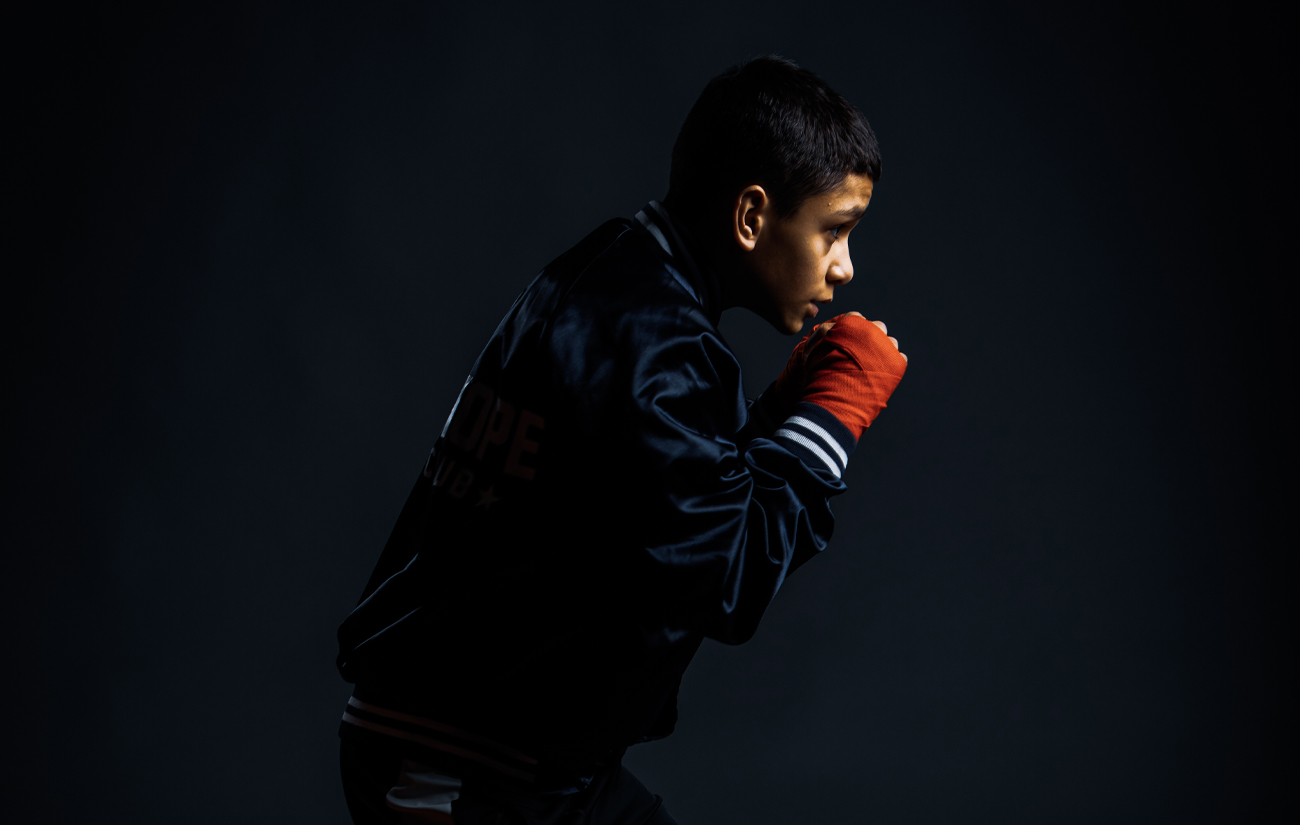 Posted at 12:44h in Uncategorized by rohadmin 0 Comments
0 Likes

Some kids walk into Ring of Hope on their first day with a certain type of intention; their jaw clenched, throwing every punch wild, eyes that show the anger of an unseen teenager. Without words they speak, “Boxing, where have you been all my life?”

For Noah Converse… that wasn’t the case.

11 years old. 4 feet and 6 inches. Maybe 80 pounds. Little Noah was as meek as a mouse on his first day in our program. I found out quickly that what he lacked in technique he made up for in consistency. A principle ROH teaches is ‘want, backed by action is a powerful weapon’. At Ring Of Hope we require 24 days of attendance for a student to test for level 1. We also have a lenient pass ratio for level one, a program welcoming so to speak. The test consists of fundamentals, footwork, etc. Assuming you’ve consumed the knowledge our ROH Coaches put on display in your first month, you should be good to go come testing.

Students who demonstrate basic boxing fundamentals, and at least a dash of courage, most often receive their ROH Level 1 Certificate, and a ‘Level 1 Patch’ to be embroidered on their ROH Jacket (earned in level 2 testing), along with an overwhelming helping of applause from teammates and family. Passing our ROH Level 1 curriculum entitles students the opportunity to spar in the ring…assuming our coaches deem it appropriate. While Noah was hungry to get in ring and box, his awkward stance and technique, said otherwise. As a coach it’s our absolute priority to protect our students at all times.  Even from themselves when necessary.

Noah was one of the first students to be introduced to our systematic way of self-defense-based boxing. As I watched Noah pass (finally) his Level 1 test, and begin the sparring process, I watched him cry more times than I can count. I watched as Noah screamed, “I CAN’T DO THIS!” after every session. None-the-less, as sure as the sunrise, I watched him come back the next day. Noah not only grew into a practitioner of the sport but a student of Ring Of Hope. On that path young Noah learned an invaluable life lesson, “Either you win, or you learn.”

Along the way, as is often the case, Noah’s school report card improved from “Ds “to a strait “As”. His transformation, both athletically and intellectually, was like watching a caterpillar become a butterfly. Noah can box, and box beautifully.

The night Noah became the current ‘Bantamweight Dallas Golden Glove Champion’ was an affirmation of the fundamentals and values taught at Ring Of Hope. Noah’s tears of joy served as an unspoken, “thank you” to the mentorship of our program.

Noah Converse is 13 today. It’s also his first day in the 7th grade. Following his example… let’s try and be a little braver today. Let’s be a bit more like Noah. Join us and support the mission of Ring Of Hope by donating today –  https://www.northtexasgivingday.org/RingOfHope